So I realized earlier today that I in fact skipped out on not one, but two days without a post. But I fell asleep watching TV both nights and was way too tired to accomplish editing and posting.

ANYWAY, let me tell you all about my crazy egg dying adventure on Saturday!

It started out great. Or so I thought. I followed this YouTube tutorial for perfectly boiled eggs that in fact, did not turn out perfectly boiled. And I found this out only because I messed up a design on one of the eggs, so I decided to crack it, aaaaand it was not boiled. This of course being after I’d just spent 6 hours applying beeswax designs to all of them (pysanky).

So then I tested 1 egg to see how the wax would act after boiling and I was impatient so I didn’t wait until it was fully cooled to see that in fact the wax that I thought was coming off was just surface wax, and the design was untouched by the boiling process. Therefore, I started dying all of the eggs. It was while I was nearly done dying them that I discovered the test egg to be okay. I ate it. And for some reason, I dyed the remaining eggs.

AND THEN, I reboiled them all to make sure they weren’t raw. This of course stripped them of all their colors. So I had to redye them.

But let’s not forget that while I was dying them, I not only dropped the favorite egg right before popping it in color, but I also spilled green dye EVERYWHERE. It was awful.

But! In the end they turned out great, in terms of color. And I even have fresh designs on the bunch this year. So without further ado, here are my favorites from this year’s pysanky Easter eggs.

P.S. I think I might showcase individual eggs in upcoming days. 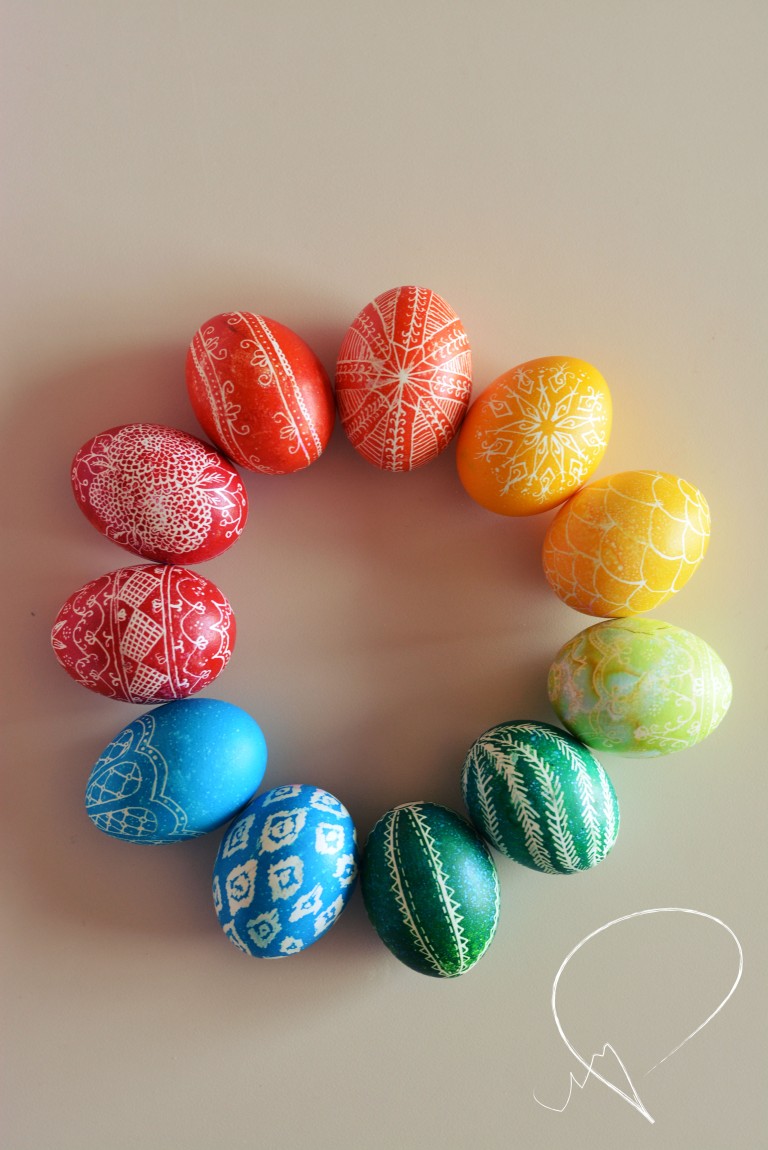